Leaders of the White House Faith and Opportunity Initiative gathered on the rooftop of the Aish HaTorah Jewish learning center, overlooking the Temple Mount on Tuesday (15) to salute President Donald Trump’s success in moving the US embassy to Israel’s capital city.

The Latino Coalition for Israel (LCI) organized the ceremony and its president, pastor Mario Bramnick, stated that: “As faith leaders, we stand together to celebrate the move of the United States Embassy from Tel-Aviv to its rightful place in Jerusalem, a city that has represented the importance of the ancestral homeland of the Jewish people for thousands of years”. 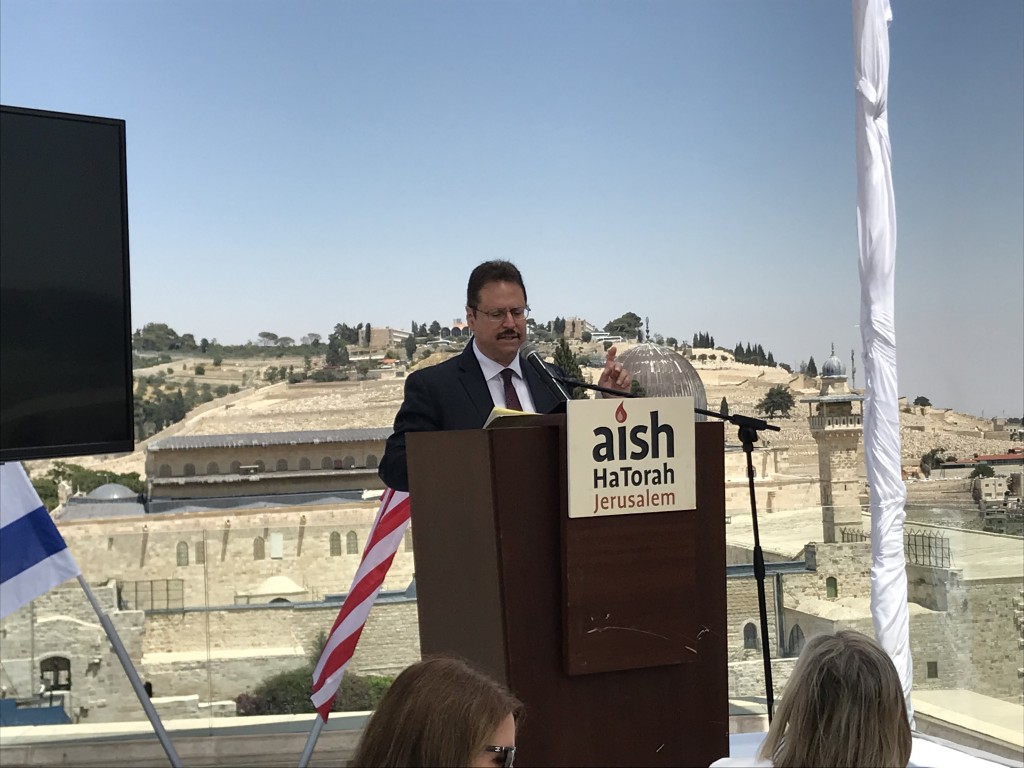 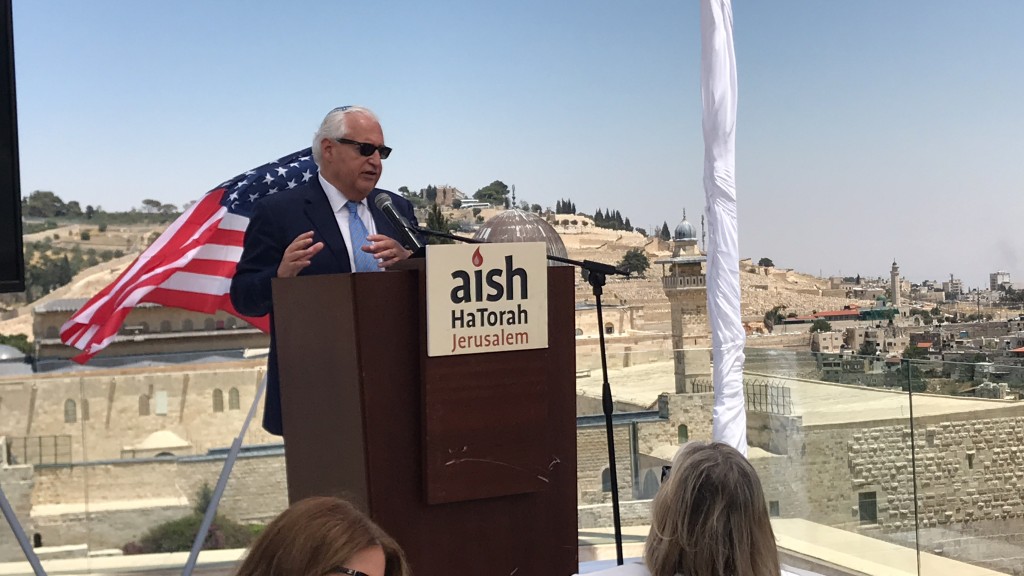 The ambassador thanked the faith leaders for their support and celebrated the move of the embassy, but cautioned, “Today is not a day to rest on laurels. We have a lot of work to do, and we are just getting started.”

Friedman recalled that Jerusalem has always been the capital of the Jewish people. “That is a fact. The facts haven’t changed in 3,000 years. The way we approach the facts, with optimism and courage, is how the Trump administration approaches the region”, he stated.

“We are trying to do something different. Not to base our policies on hopes and dreams, but based on reality and facts, based on truth. Truth withstands the test of time. That’s the way we have approached foreign policy. Any policy based on any other values is built on quicksand and won’t survive.”

Lourdes Aguirre of the LCI said that President Trump’s message in moving the U.S. embassy had been consistent with his message of peace: “We are protected because the President of the United States stands for peace for all religions, for all faiths”.

“When our president came to the Middle East, he called upon everyone to unite, and to go against one common enemy: the terrorists”, added Aguirre

For many evangelical Christians, the issues of recognizing Jerusalem as Israel’s capital and relocating the U.S. embassy to that city have been top priority for years. Evangelical Christian groups strongly lobbied the American leader to keep his campaign promise of moving the embassy during his first year in office.

-The Times of Israel